Design a site like this with WordPress.com
Get started
Skip to content
psychocod3r Networking, Raspberry Pi, Tutorials, Unix and Linux April 20, 2019April 29, 2021 3 Minutes

The protocol we will be using for our remote login terminal is SSH. An SSH server is one of the easiest servers to install on a Raspberry Pi, because all you have to do is run the Raspberry Pi configuration program, raspi-config and enable the SSH option from its menus. raspi-config is a menu-driven program that runs as root and selects different configuration options. It runs either when Raspbian is installing through NOOBS, or whenever you type sudo raspi-config at the Rasbpian terminal.

For this tutorial I will assume you have access to a screen that the Raspberry Pi can use as a display, even if you do plan to run it headless (I currently run a headless Raspberry Pi server on my LAN and access it through the method I’m about to give you). Basically anything with an HDMI input will do, and this includes the majority of flat-screen TVs these days. So you won’t need a special Raspberry Pi monitor to do this.

Okay, now that we have the preliminaries down, what you need to do is connect the Pi to a display of some sort and run the raspi-config program, using one of the two methods listed above. You will get a screen that looks like this:

From this menu you can select option #8 – the advanced options. 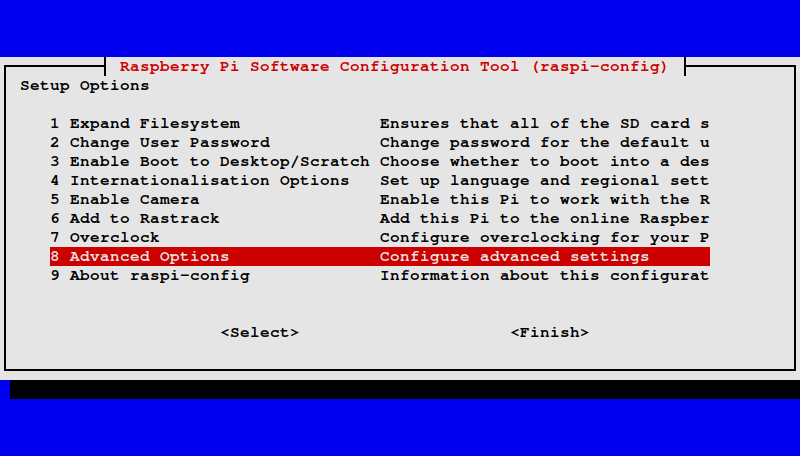 From the Advanced Options menu select option A4 for SSH.

You will be brought to this screen: 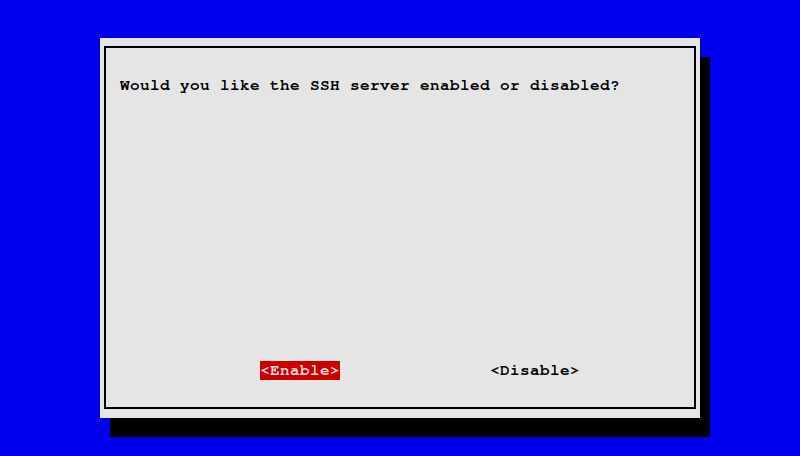 Select Enable and hit Enter. You will then see this:

Select Okay to go back to the main menu. Then press Tab to go to the bottom buttons and select Finish.

The Raspberry Pi is now configured to run as an SSH server. There, that wasn’t bad. 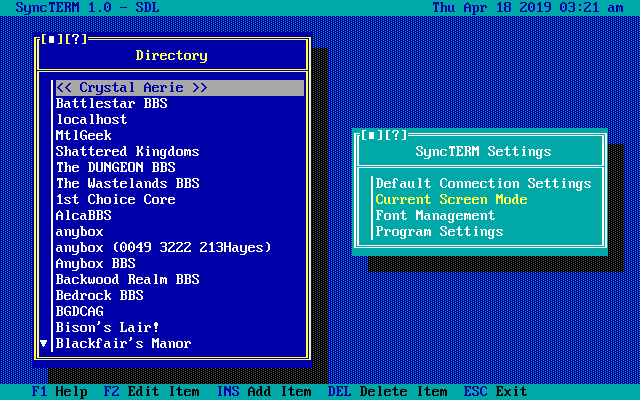 SyncTERM is an ANSI-based terminal originally intended for browsing BBSs, but it works fine for SSH servers as well. I like it because it provides a nice retrofitted way of using the Raspberry Pi. You can use SyncTERM like a remote video terminal to log into a central computer in a time-sharing network, just like in the good old days. Except instead of a VAX running 4.3BSD, you have a Raspberry Pi running an ARM-based Linux distro. The concept is still the same though. You could potentially have several people logged into the Pi mainframe at once, all via SSH, all making use of the system’s resources in a time-sharing fashion. I don’t know about you but I think that’s pretty cool. 😀

Tap the INS key to create a new item in the directory (these items represent settings for connecting to remote hosts). We will name our new host “Raspberry Pi”.

Hit Enter and this menu pops up:

We will select SSH. SyncTERM will now prompt us for an address:

When that’s done, we see that a menu item for the Raspberry Pi has been added. 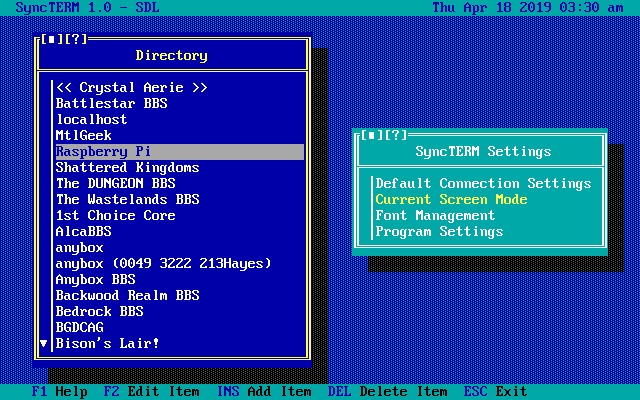 If we hit F2 we are brought to a menu where we can change the individual settings for connecting to the Raspberry Pi.

Let’s get out of this menu and log into the Raspberry Pi server. We do this by selecting it from the menu and hitting Enter. 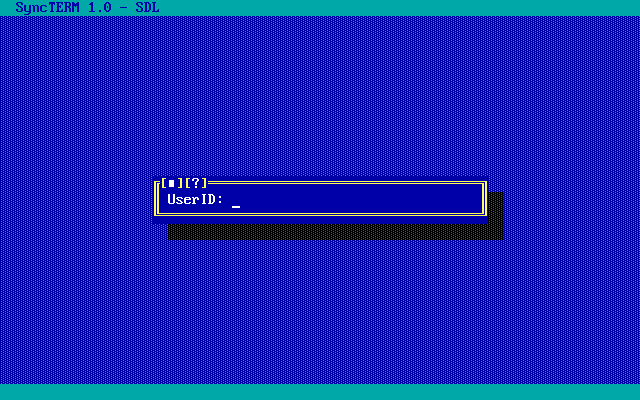 Now the server asks for a username. The username we want to use is “pi”. 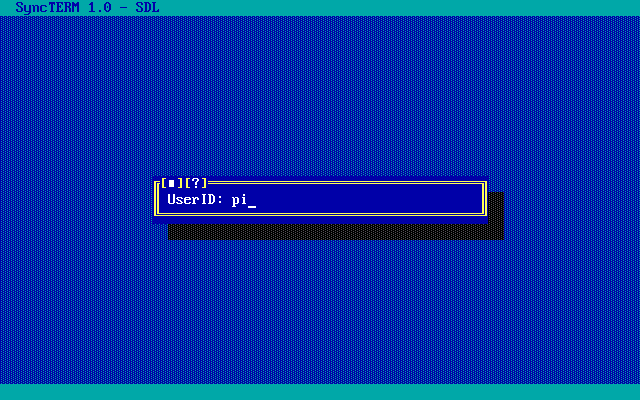 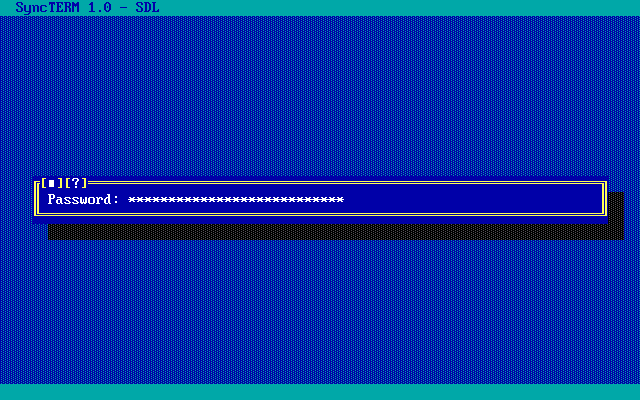 The default password for Raspbian is “raspberry”, though in this case I have changed it to a much stronger password that only I know.

If the password entered was correct, we see this message flashing briefly as the server logs us in:

Seconds later we are dropped into a command shell. We are now logged in and can run any command on the Raspberry Pi as if we were logging in locally.

A couple extra things before we part ways once again: First, you’ll probably want to change the TERM environment variable to something that the bash shell actually recognizes so you can use full-screen programs. linux, xterm, and xterm-color are all fine (I’ve used all of them and honestly can’t see any difference between them). The default value is SyncTERM, which results in some weird behavior as it’s not recognized. Also, you can quit the remote terminal session at any time by either typing exit at the command line or hitting Ctrl+D (the SyncTERM command to detach the terminal session). Have fun!